Budapest has long been called the Spa Capital of the World, which is certainly no exaggeration. Of all the globe’s capitals, Budapest boasts the largest number of thermal baths and spas. The 120 springs rising within the city boundaries are used by the city in many ways, of which the spas are undoubtedly the most spectacular. Moreover, given that most thermal baths can also be used as meeting venues, it is clear that this treasure of the Hungarian capital should be part of every visit!

The two-thousand-year-old bathing culture can be observed in various parts of the city, with magnificent historical baths and protected thermal spring monuments adding to the range of Budapest’s attractions. With over 70 million litres of healing waters flowing each day, Budapest residents and visitors can not only enjoy the stunning architecture built around the thermal springs, but also the cleansing, rejuvenating effects of their waters.

Let’s start with fabulous examples of manmade attractions from the Turkish era, Rudas and Király Baths, which have become so popular precisely thanks to their atmosphere and authentic environment, allowing you to indulge in some time travel. As you immerse yourself in the pleasantly warm water of the octagonal Turkish pool and enjoy the light filtering in through its domed roof, you will immediately understand why the Turkish Pasha of Buda ordered the building of Rudas Baths in the 16th century. Nowadays, the complex has been completed with a modern wellness section boasting a rooftop pool with a spectacular panorama over the Danube. Király Baths was also built in the same century and realised by the same Turkish pasha as Rudas- However, as it is less well-known, it is perfectly suited for those seeking undisturbed relaxation. Lukács Baths has an even longer history dating back to the 12th century. As in the past, it is still a popular place for Budapest residents, artists and writers in search of bathing and drinking cures, or just some time to relax and recharge their batteries.

Széchenyi Baths is undoubtedly by far the most popular baths with visitors today. It is one of Budapest’s emblematic sights, and not only thanks to its perfect location near Heroes’ Square, in the heart of the City Park, but also in its own right. Spending time in Europe’s largest bathing complex, in the hundred-year-old neo-Baroque monument’s pools is a unique experience, whether in winter or summer, by day or night. Don’t miss the typical, charming scene of the elderly locals playing chess in the steaming water, and why not challenge them to a game…

Just slightly more modest from the outside, Gellért Baths will amaze you when you enter its impressive reception hall, not to mention its sumptuous pools decorated with vibrantly coloured Zsolnay tiles, mosaics and sublime statues. It is a firm favourite with photographers, and not by chance!

It would be a mistake to consider Budapest’s baths as ideal programmes just for your free time! Although choosing one of them and taking your swimsuit, flipflops and towel to go bathing is a must when spending time in the Hungarian capital, do not forget to consider that they are also unique meeting and banqueting venues. The array of unique options starts with a gorgeous water ballet performance that can be enjoyed during a gala dinner at Gellért Baths and can be concluded with a pampering beer bath at Széchenyi Baths as an incentive programme. 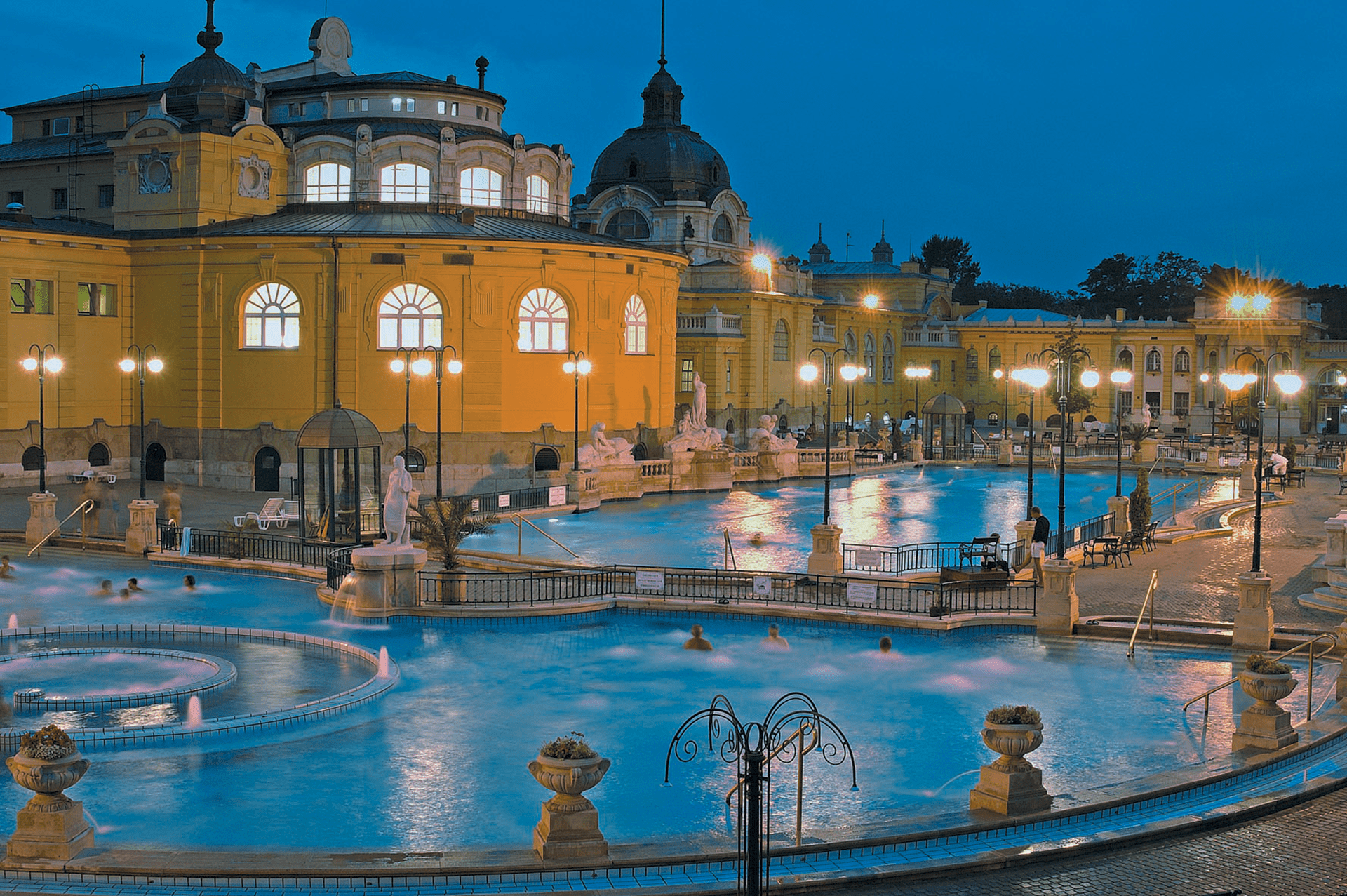 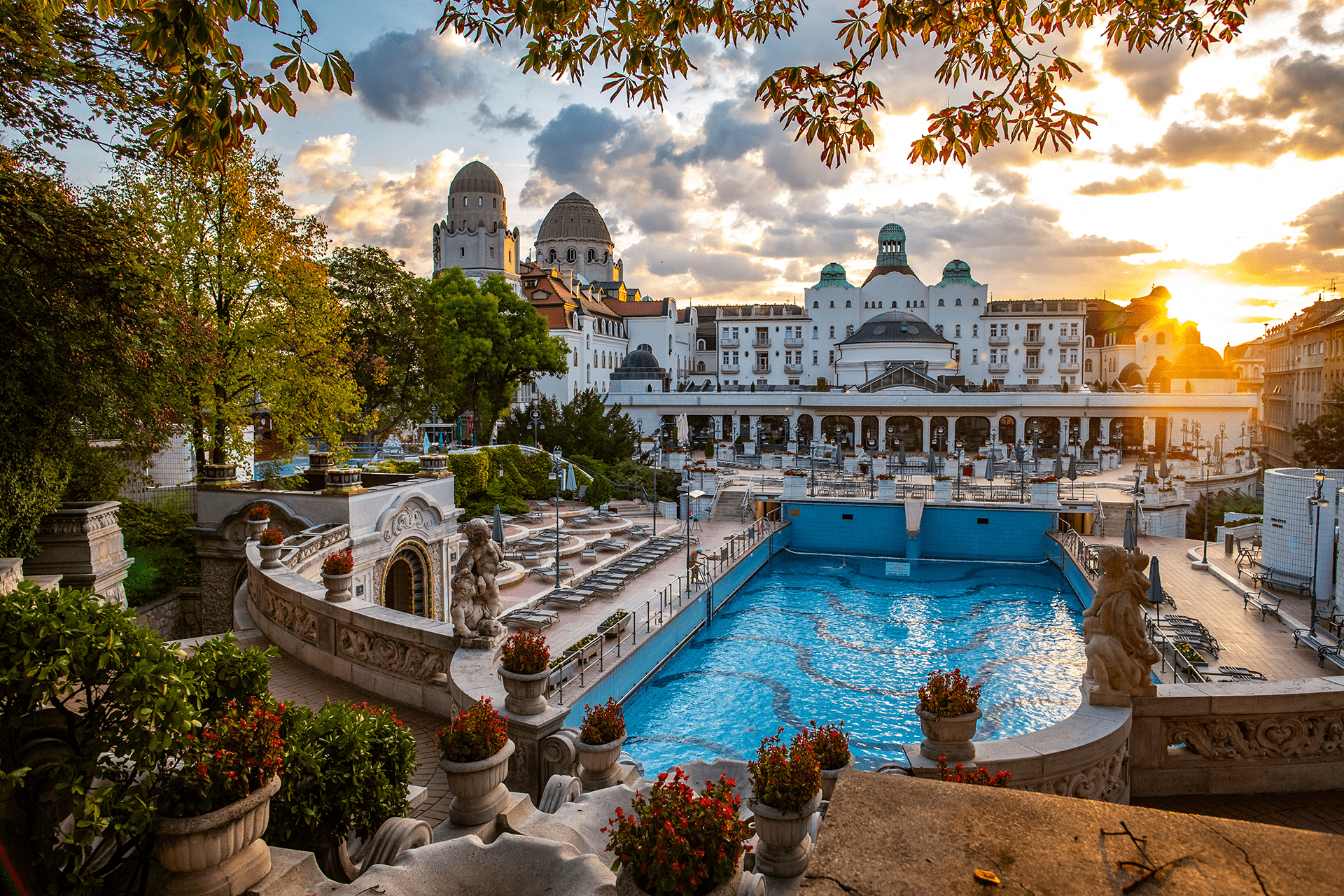 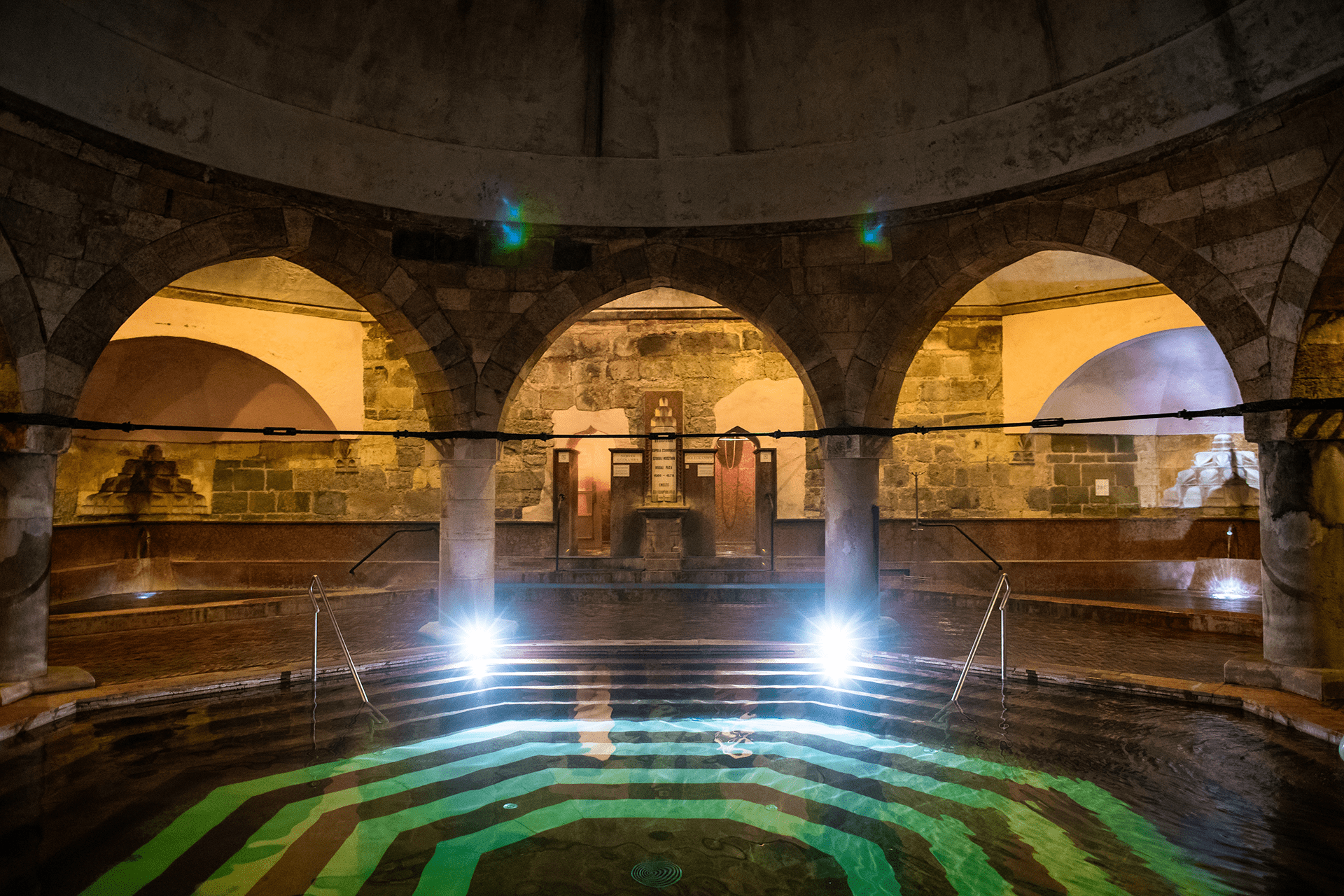 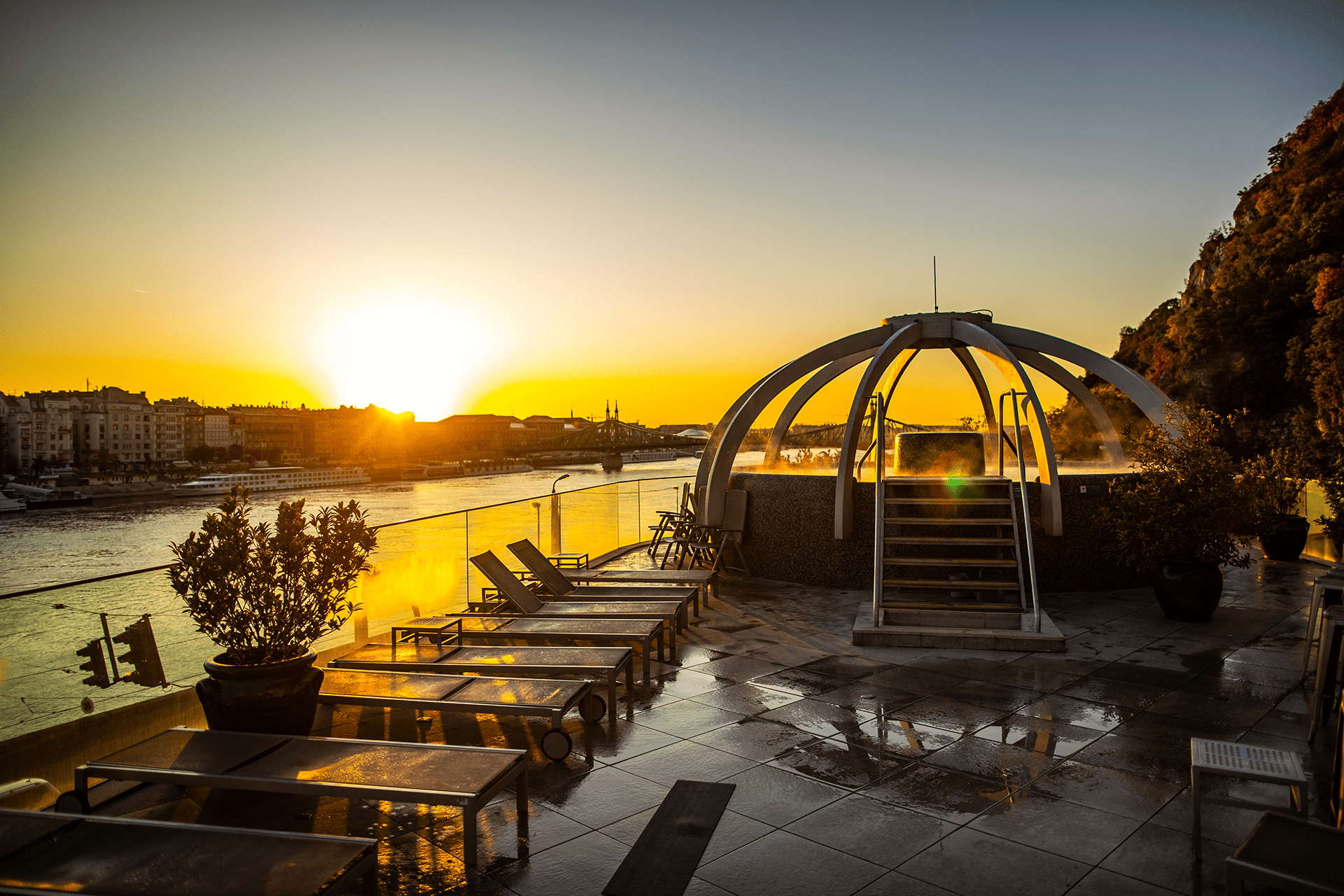