Once you have arrived in Budapest, there are various possibilities to reach the city centre, with taxis, a shuttle bus service or car rental companies at your disposal, but you can also use public transport.

The city centre and its historic districts are best explored on foot. However, the city is also very well connected by public transport. There are over 200 bus, 32 tram, 15 trolley and 4 metro lines, while the suburbs can be easily reached by suburban trains (HÉV) and you can even take a boat along the beautiful River Danube in nice weather.

Budapest’s only airport, Liszt Ferenc International Airport is 40 minutes from the city centre. Budapest Airport is the second largest airport in the newest EU member states. There are various easy ways to continue your journey to the city centre, including by taxi or public transport:

MiniBUD is the official airport shuttle bus service provider for Budapest Airport, offering comfortable and fast transfer solutions for passengers wishing to travel from the airport to Budapest’s various districts and from the city to the airport. Further information: www.minibud.hu. 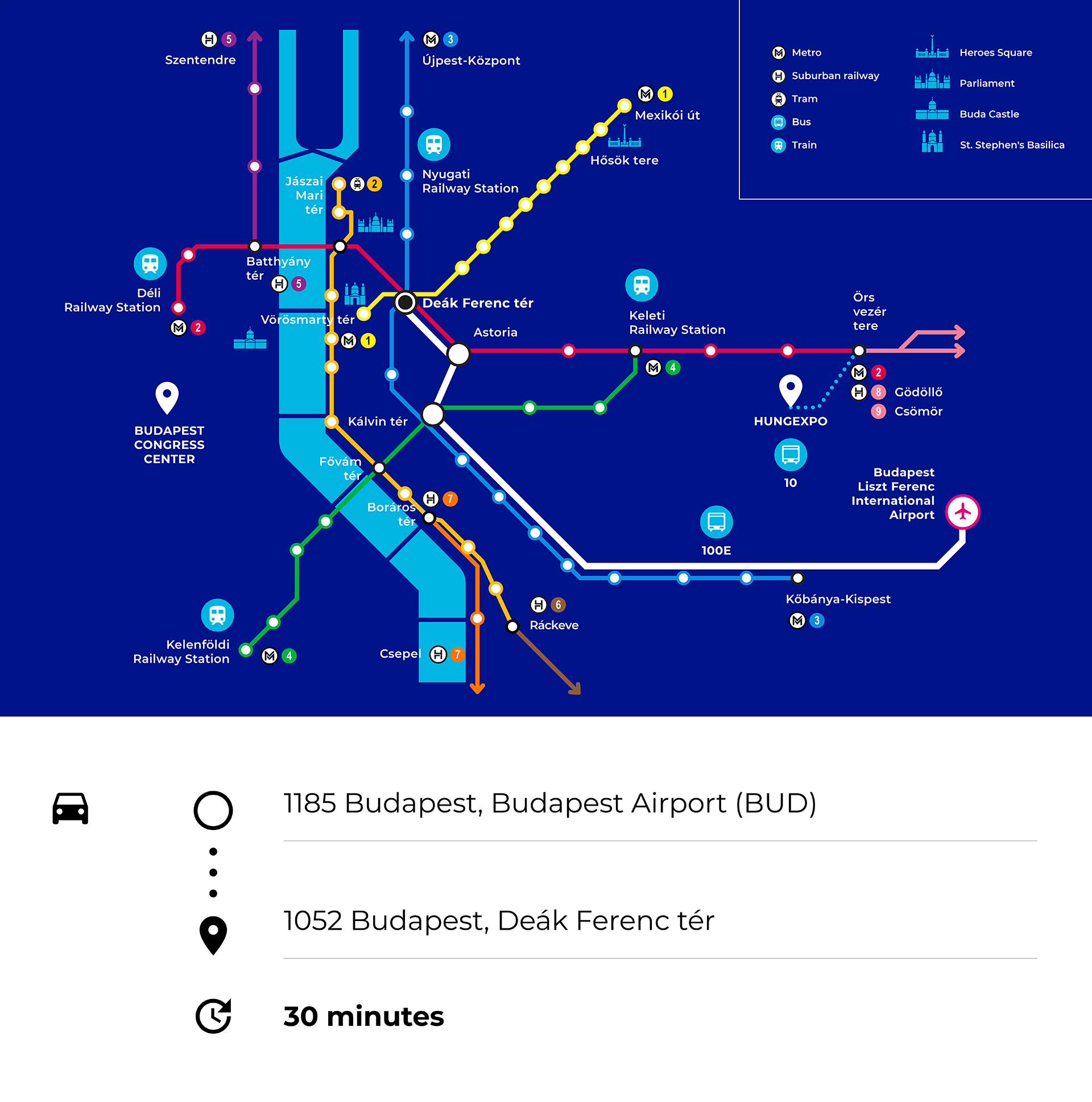 Public transport offers easy access to the city centre from Budapest Airport. The bus stop is located between the two terminals at the arrivals level. Bus line 200E operates round the clock between Terminal 2 and Kőbánya-Kispest metro station. Bus tickets, multi-day travelcards or passes are required for travel and can be purchased at the BKK customer points located in the arrivals halls, at the newsagents (Relay) and from the ticket machine at the bus stop.

Budapest is a compact city that is relatively easy to get around. Most public transport lines run from 4.30 am to 11.30 pm, but its comprehensive night bus network as well as the 24-hour tram 6 on the Grand Boulevard mean you should have no problem getting home at any hour.

Our tip: Download the BKK app on your phone, its live timetables will ensure you know exactly when the next tram, bus or metro will be arriving.

Let’s highlight some of Budapest’s special transport lines and means.

The city has 4 metro lines. Metro 1 (also known as the Yellow Metro) is the oldest in continental Europe and a UNESCO World Heritage Site. This line takes you from Vörösmarty Square in the pedestrian zone along under Andrássy Avenue to Heroes’ Square and the City Park.

The best way to see the River Danube is from a public boat. These boats operate from May to September. You can travel through the city docking at some of its most famous landmarks, such as the Hungarian Parliament, Margaret Island and Gellért Hotel. You can buy your ticket when you board the boat.

The Buda Castle Funicular has linked the Danube bank and Buda Castle since 1870. This special railway runs on a 95-metre-long track ascending 50 metres while affording passengers captivating views of the city below. The Funicular was listed as a UNESCO World Heritage Site in 1987.

The MOL Bubi public bike system is an environmentally friendly method of public transport ideal for short rides to explore the city on two wheels. The first 30 minutes of each trip are free with a valid ticket or pass. Further information: https://molbubi.hu/

Tip: Budapest Card is an excellent option if you wish to have unlimited travel and plan on visiting some attractions as well. Cards can be purchased for 24, 48, 72, 96 or 120 hours. All cards include unlimited travel on public transport, free entry to various museums, two free walking tours and 10-50% discounts at baths, museums, restaurants and spas. 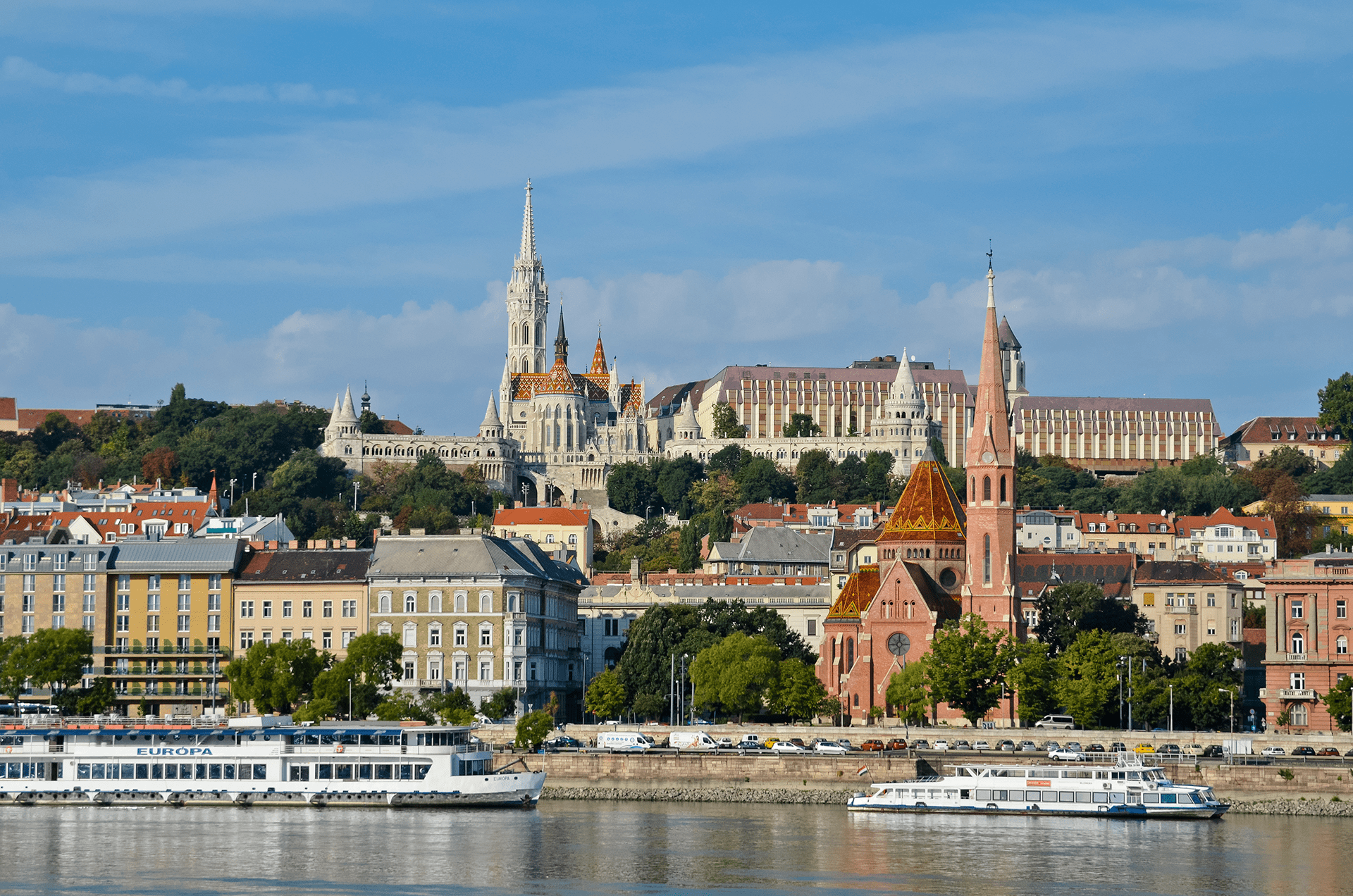 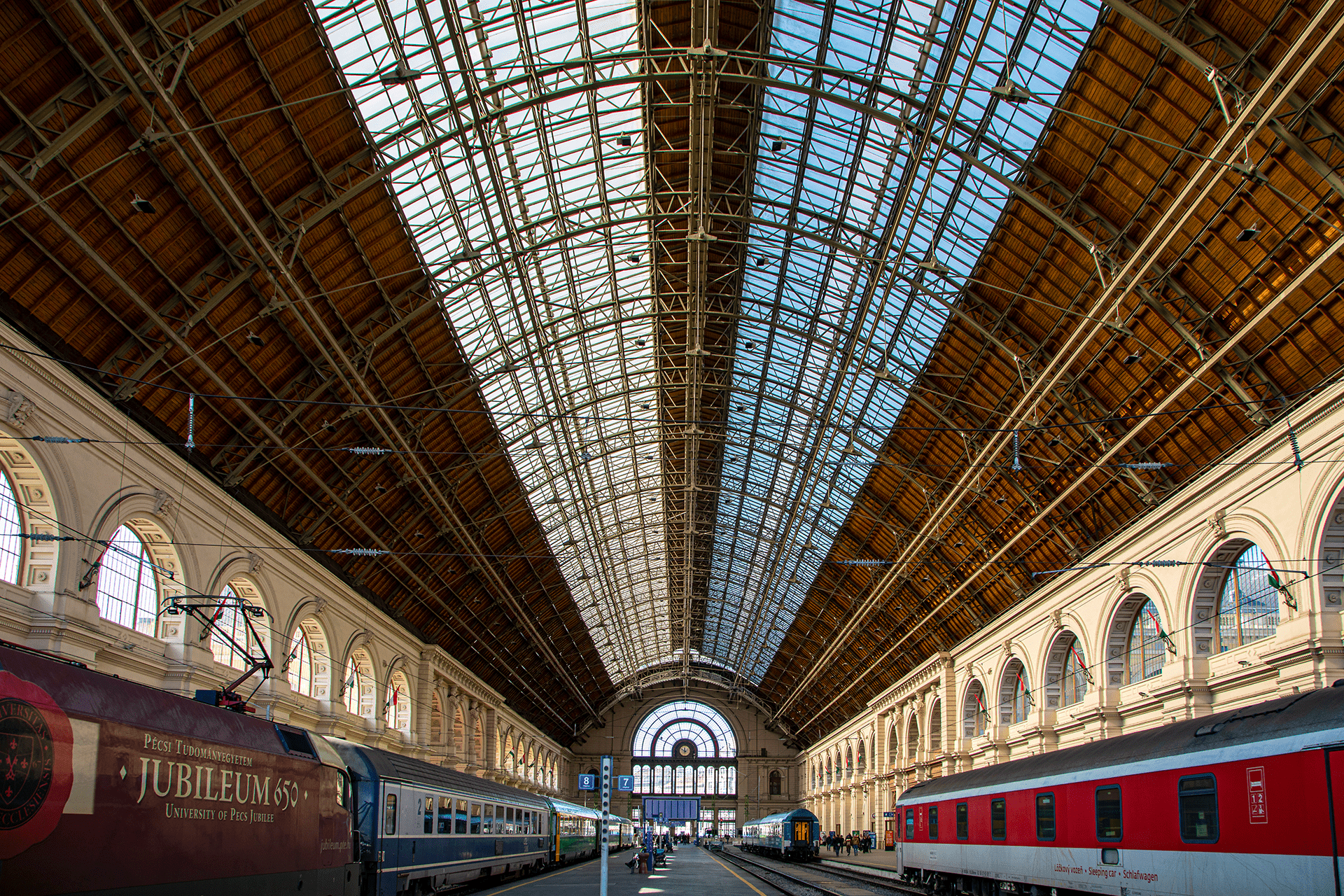